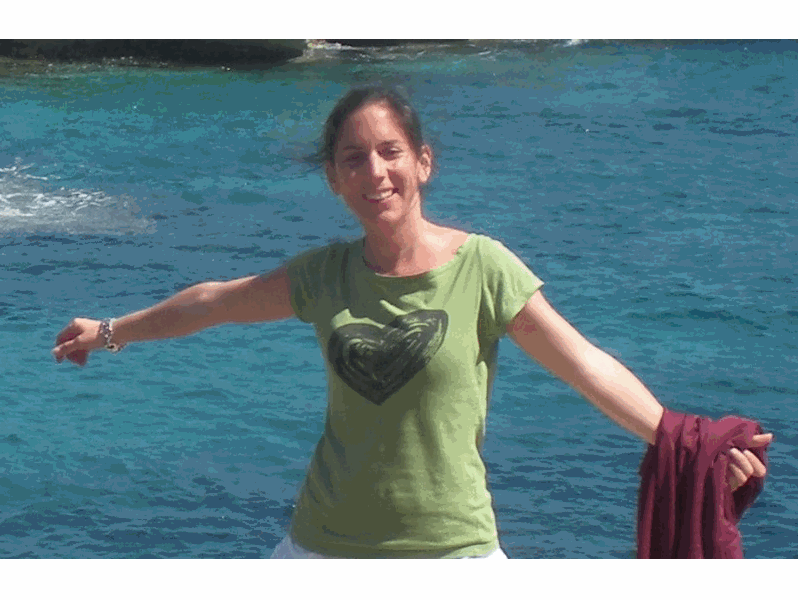 My name is Macarena Vazquez Reyes, I’m 33 years old and I live in Malta. I’m from Extremadura but at age 18 I moved to Seville, where my family is from , so I feel kind of half-Extremeñan, half-Andalusian.

I studied Art History in Seville, French in France and took a Tour Guiding certification course. So for more than 5 years I worked as a Tour Guide practically all throughout Europe. So I’m a person who has done a lot of traveling, who’s used to making changes and and with lots of experience adapting to new places. Plus I speak English, which makes it easy to get out of Spain.

After five years of work as a Tour Guide, one fine day I suddenly could not get out of bed. After nine months of unbearable pain and medical tests that they first refused to do, I was diagnosed with a bone disease called Ankylosing Spondylitis. Though I received a treatment, it prevented me from carrying out my profession.

The last summer I worked as a Tour Guide was 2009.

After realizing that I would no longer be pulling around suitcases, I decided to look for work related in the Tourism sector in Seville. I applied at travel agencies, booking offices, hotels … but nothing came up. Businesses were shutting down left and right because of the recession and there were zero opportunites.

I submitted hundreds of resumés without a single callback or interview …

The only job offers I got were in the store of a Telecom company and then to a jewelry store in a mall.

It actually wasn’t too bad, although working in a store obviously wasn’t the dream job for someone with a college degree who spoke three languages … But I wasn’t too bad, really. The trouble started 9 months later when they told me they were reducing my paid hours to 20 per week because sales had dropped.

Now that was a problem for me because they offered me half the salary for full time work, total abuse.

Coincidentally my husband, a surveyor, was going through a tough work situation too. The company he worked at, just like all construction companies, was being hit hard by the recession. They were firing a lot of his work mates and he was next in line. That was in August 2011. So we decided we had to do something.

I wasn’t scared to try out a new country cause I’d already done that, and he had the itch to try out living abroad. We looked for a place where English was spoken and the weather wasn’t too terrible. We ruled out England and Ireland and we settled on Malta.

First we came to take a look and, and even with its shortcomings, we liked it. And we took the leap. 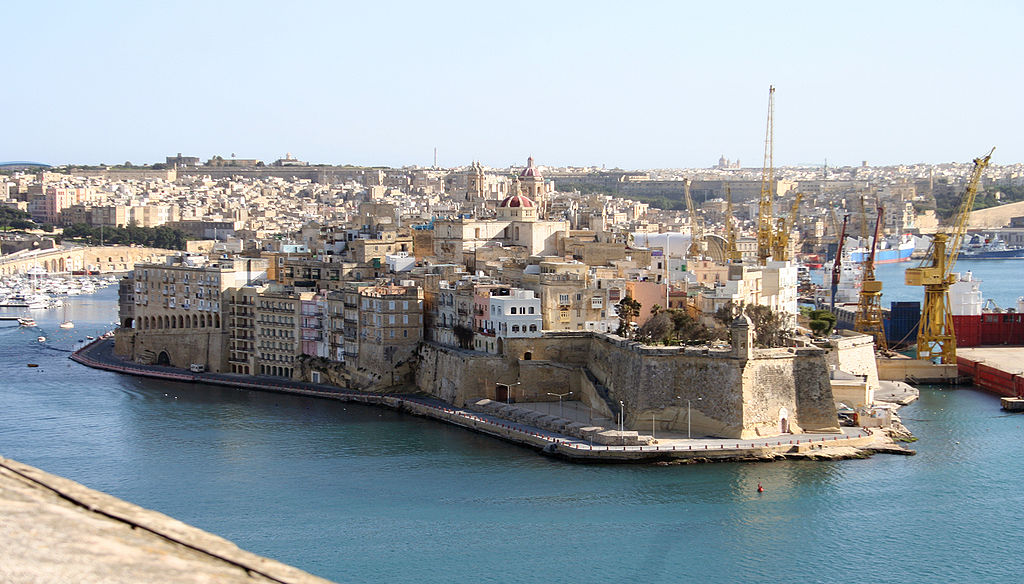 We didn’t have a hard time finding our first jobs, although they weren’t very stable. It took me fve monhs to find a better job, in an incoming reservation office. My husband took longer because there was no construction here. But in the end we were able to dig out a little niche for ourselves here.

I work in tourism, but this time in office, and he has had to diversify and switch from construction to furniture sale and design. But we’re happy.

We have achieved a stability and quality of life that we could never have in Spain.

The salaries are somewhat low (though they’re just as low now in Spain), but here the housing is much cheaper, so we can even take our little trips every year and even go back to visit our family in Spain.

The work contracts are indefinite, so the fear of losing your job isn’t hovering overhead. You can even consider raising a family, something that was impossible for us in Spain since we lived in a tiny apartment and had unsteady work. Although I think that it’s still a ways off.

I see that the this country has many shortfalls comparing it to Spain. Sometimes I feel as though I’ve traveled 30 years back in time. The Maltese are very traditional, religious people and not very open to change. The facilities and infrastructure like roads, drainage, street lighting are very poor … But the important things like healthcare and education are not bad, especially healthcare, which is very modernized and with an exquisite customer service.

Another thing that I like about Malta is that there is almost no crime rate. You can go out to dinner, have a few drinks at a terrace … not like other destinations where it would cost an arm and a leg. Here you’re out in the streets all the time, just like in Seville, making it easy for me to adapt.

The hardest part is not having my family here, or my friends, or knowing that my grandparents are getting older and won’t be around much longer and that I may only see them two or three more times … I miss going out for beers with everyone, having tapas in my neighborhood. I really miss my ‘Feria de Sevilla’, the San Isidro Pilgrimage in my village … Here the village festivals seem like they come straight out of a Berlanga movie… oh boy!

But it is what iti is. For now there is no possibility of returning. And it’s not that I’m not constantly thinking of ways. At least two thousand businesses ides have gone through my head for when I go back to my country … But the day still hasn’t come and the opportunity hasn’t presented itself.

I hope to be able to return either to Sevilla or Extremadura. And I hope that all the bad stuff will be over by then. It is true that it takes a long time to get up from a fall, but I’m optimistic. I think we’re a strong country. The Spanish people have recovered from worse. I am very proud of my country and its people. I can’t say the same for its politicians, who I blame everything that is happening.

They are an awful lot who are only interested in staying in power. They have no qualms betraying their ideals or the people that voted them in. But people do not seem to realize.

In Spain the political situation with all its corruption and cronyism will never change until people stop voting depending on whatever side took over their village in the civil war and start thinking for themselves.

We have to get over that Spanish two-sides hangup that continues to politicize absolutely everything preventins peoplefrom thinking for themselves. And until everyone unites, because in the end we all have the same interests, that are obviously not the same as the interests of our politicians.

So I’m optimistic and I hope that someday I’ll be able go home. Meanwhile, I’m doing all I can to back the “Spanish in Exile” film project because I think is important to tell the real stories of our generation, which is being forced to leave its home country because of this never ending recession. You can contribute from just $10 (€ 7.40) to help make this film a reality. You can visit the Spanish Exile campaign page on Indiegogo here.