End of the Crowdfunding Campaign

The second crowdfunding campaign for Spanish Exile concluded on December 6th. We would like to thank to all of those who have contributed! The first campaign on the Spanish crowdfunding platform (CFP) Verkami lasted 40 days and raised €5,105 out of the €33,000 goal. But since Verkami only runs “all-or-nothing” campaings, we were unable to keep any of the pedges made by the 80 contributors from around the world. And since many of these backers wanted to make their contributions, we decided to start a new campaign .

After the first campaing we realized that funding 100% of project through crowdfunding would be impossible in a country like Spain.  Although Spanish crowdfunding campaigns have proven successful in larger and more ambitious projects such as L’endemà, it is obvious that the theme of our project does not sufficiently move enough people to do something about it the way that Catalan independence does. The Catalan independence movement is more invested in its struggle than the general Spanish population is invested in the plight of its “lost generation”. 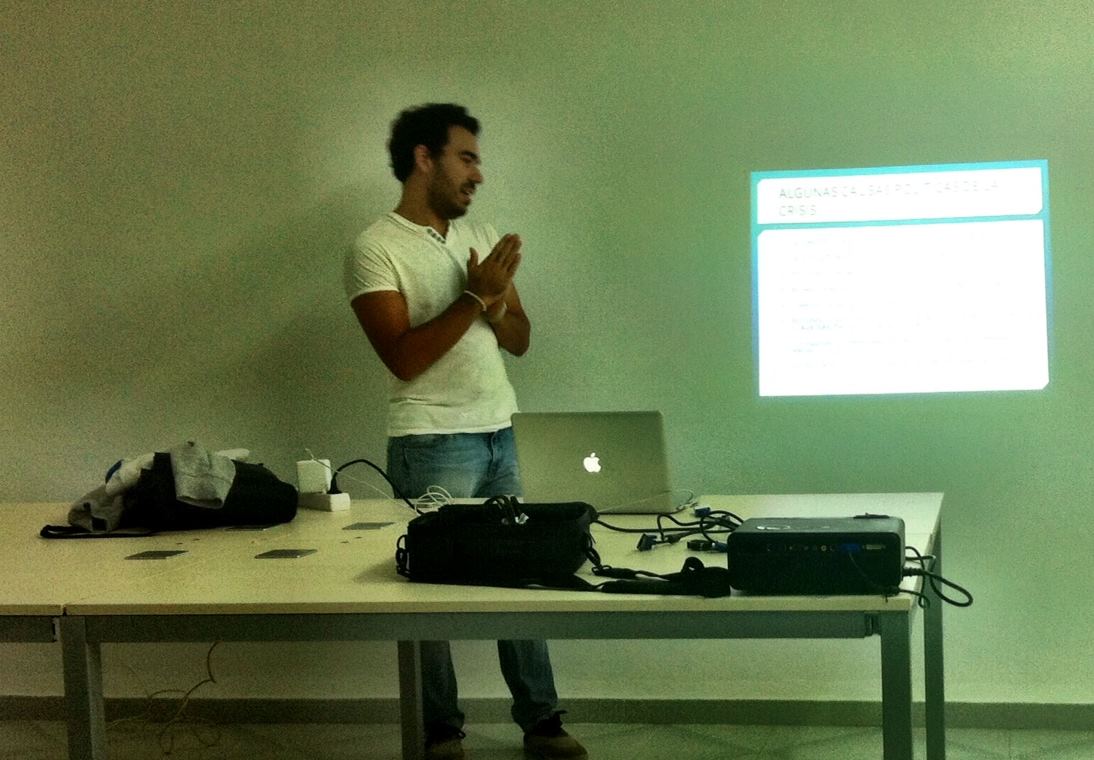 This second campaign was carried on a “Keep-it-All” CFP, meaning that all funds raised are kept regardless of whether or not the goal is met (with a higher commission kept by the platform if the goal is not met). One of the few existing “Keep-it-All” CFP’s is IndieGoGo. They understand that some projects that get made through combined, organic financing financed and everything helps to reach the ultimate goal. Initially we were going to combine the money raised trough crowdfunding with sponsorships. In fact, we were in advanced negations with a well-known Spanish Labor Union for their sponsorship … but well, we all know what is going on in Spain with the unions and their bookkeeping. For now, here at Spaniards Exile we remain open to any offer of sponsorship, although we have little hope of getting any. Amazingly, very few Spanish companies are willing to show their solidarity with the struggles of its society in times of crisis. We think that there is too little innovation and too much fear of failure in the marketing department of many Spanish products and brands. There are always exceptions to the rule, such as as Casa del Vino, a wine shop and exporting company based in Javea, who has backed our project with a substantial contribution. Thanks guys!

During this campaign it became obvious to us that we still have a long way to go before we get out of the tunnel and that the situation for most Spaniards has gone from bad to worse. Despite having more backers than the first campaign, we have raised less money. The average contribution in the first campaign was €63.81 and only $47.27 (€34.50) in this campaign. We did not reached our goal of $10,000 but we are very satisfied because we can start shooting with the amount raised. In terms of media exposure, we have done remarkably well, with highpoints such as appearing on Ana Pastor’s El Objetivo in the program entitled ObjetivoExiliados, or building a team of  more than a dozen bloggers, or reaching over 2,000 fans on Facebook or 15,000 visits to our teaser.

What is Our Roadmap?

Right now, several producers and investors from Spain, USA, BRAZIL, Mexico, Chile and Germany who have shown interest in co-producing the project are studying our production package. However, decision-making is on a standby as the holidays are approaching. So while they make their decision, we have our own roadmap to follow.

With the money raised we can begin shooting the Spanish part of the documentary. This means that we will be interviewing experts in demography, economics and politics (we will try to talk to someone from the Ministry of Labor and with representatives from an Ibex 35 company – wish us luck, we’ll need it) to give context. We also plan to shoot in Spanish airports, where the sad and frustrating farewells to family and loved ones take place. We are officially making a shout out to all those who plan to emigrate in early 2014. If you know of anyone, please let us know. Shooting is set to take place in late January or early February.

Finally, we are busy writing out applications for important documentary film grants such as Gucci, Tribeca, Sundance, Ibermedia or Media. We have a list of 20 programs around the world that could fund this project. Many of these programs require a minimum of 20 minutes of edited footage, so we will use the footage shot in Spain for that.

If can lock down some sort of significant funding before April, we will continue shooting in May, and if not, we will have to wait until September. In a project where travel represents the largest portion of the budget, we need to avoid traveling during a summer that coincides with the World Cup in Brazil.

I still want to give the project, can I?

We have already started receiving messages from people who still want to contribute to the project even though the Indiegogo campaign has finalized. So we are going to set up a PayPal account at the start of the new year with a link on our website. We also intend to get fiscal sponsorship of an American non-profit organization so donations to the project can be deducted from  U.S. tax returns (unfortunately there is no equivalent law in Spain). We continue to welcome new bloggers to share their vision of their particular exile and we continue to research interesting individual cases of émigrés. Our main objective is the visibility of the problem, so every time you click “share” on your social networks, it helps tremendously.

Let’s get this movie made!

We want to ask you for one final push and help us finish the post-production of the documentary Españoles en el Exilio (Spanish Exile). As you know, this project is mainly financed with the support of people like yourself, who believe this story needs to be told.